We had enough of Europe & America, didn’t we? Why not visit Moscow in Russia! Moscow is one of the beautiful cities that Russia could give birth to. Apart from another beautiful city of St. Petersberg, Moscow has reinvented itself as a major trade hub. It’s national airline “Aeroflot Airlines” has been awarded one of the best airlines in the world. Trust me, it is one of the low-cost budgeted airlines that I have majorly traveled in. It is the capital of the Russian Continent! Russia is a vast country occupying a major chunk of the landmass on Earth. Russia is a part of Eurasia (bordering Europe and Asia). It’s size ranks on the top of the Country Board. Further in the blog, I will be telling you about the places to visit in Moscow, the things to do there, and show you glimpses of each. Don’t know how Russia looks like, and where Moscow is?

Aeroflot is a cheap airline/flight that you can take to reach Moscow, Russia from New Delhi, India and even other parts of the world. I found it within my budget. You might hear from online reviews that the service and food are not good. But, I found the opposite.

I loved their service and the seats were comfy (in the economy class). The crew members were extremely polite in serving us pre-flight beverages like orange/apple juice and even water. The food was good.

During booking, Aeroflot asks you if you have any special meal preference (e.g. Non-Veg Hindu Meal, Veg Hindu Meal, Kosher Meal, etc.). Also, you can book your seats in advance. If any delay at the airport due to some technical failure or other reasons, it actually accommodates you in a nearby hotel or re-books your flight for another time, with no extra charge. 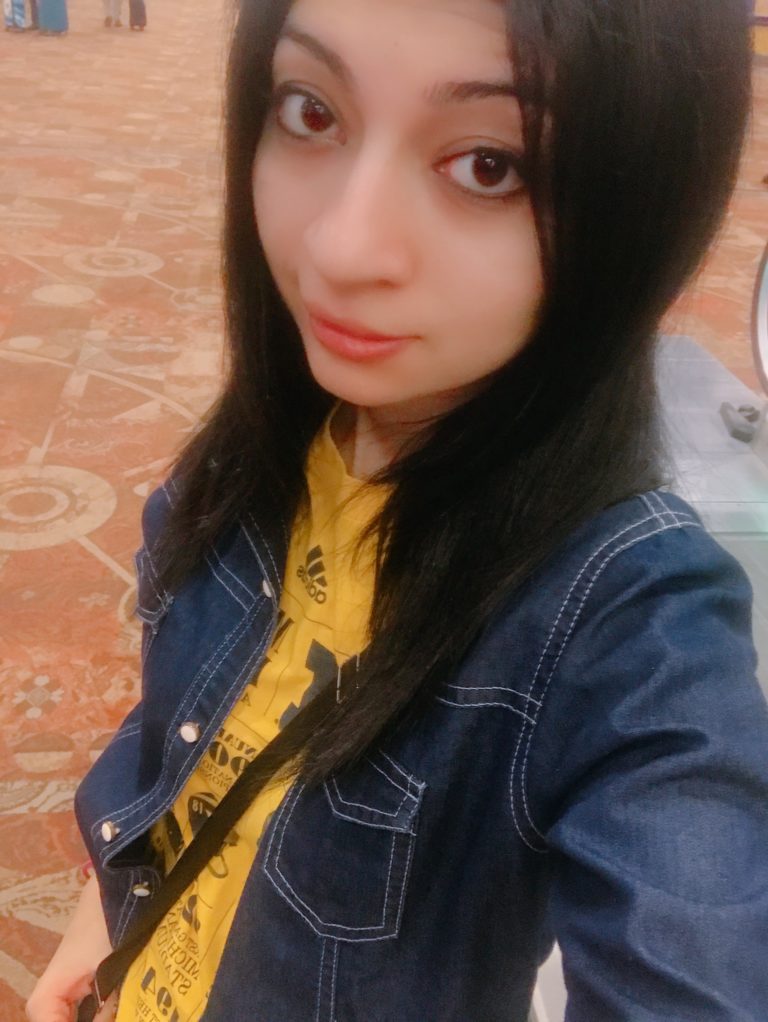 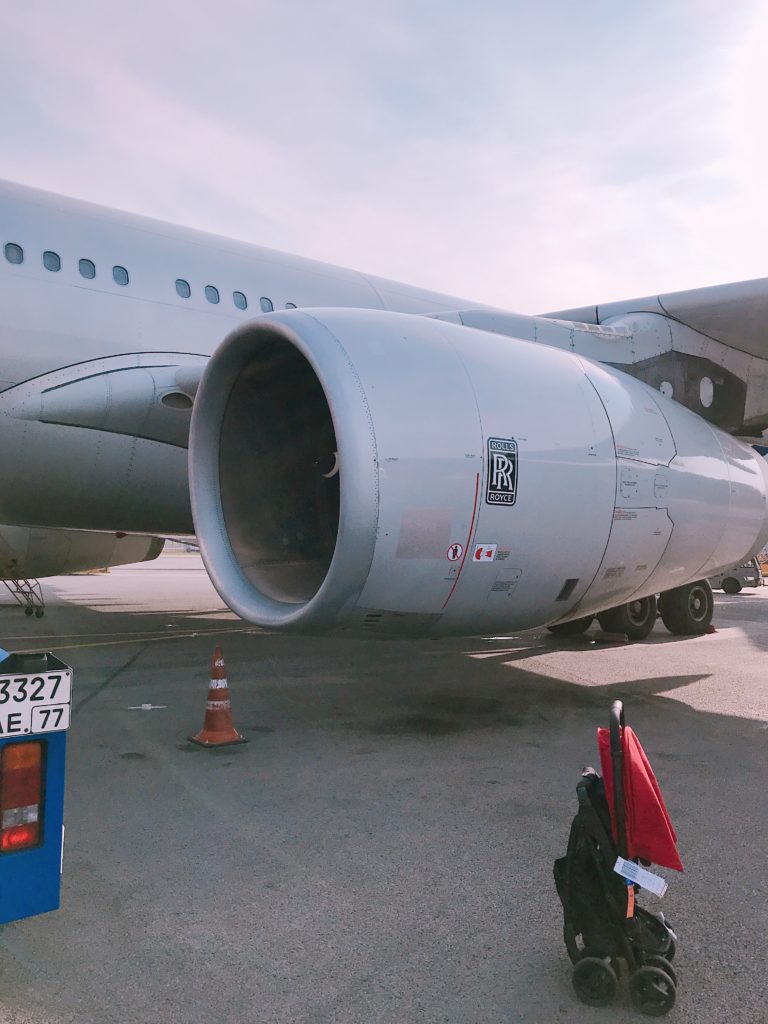 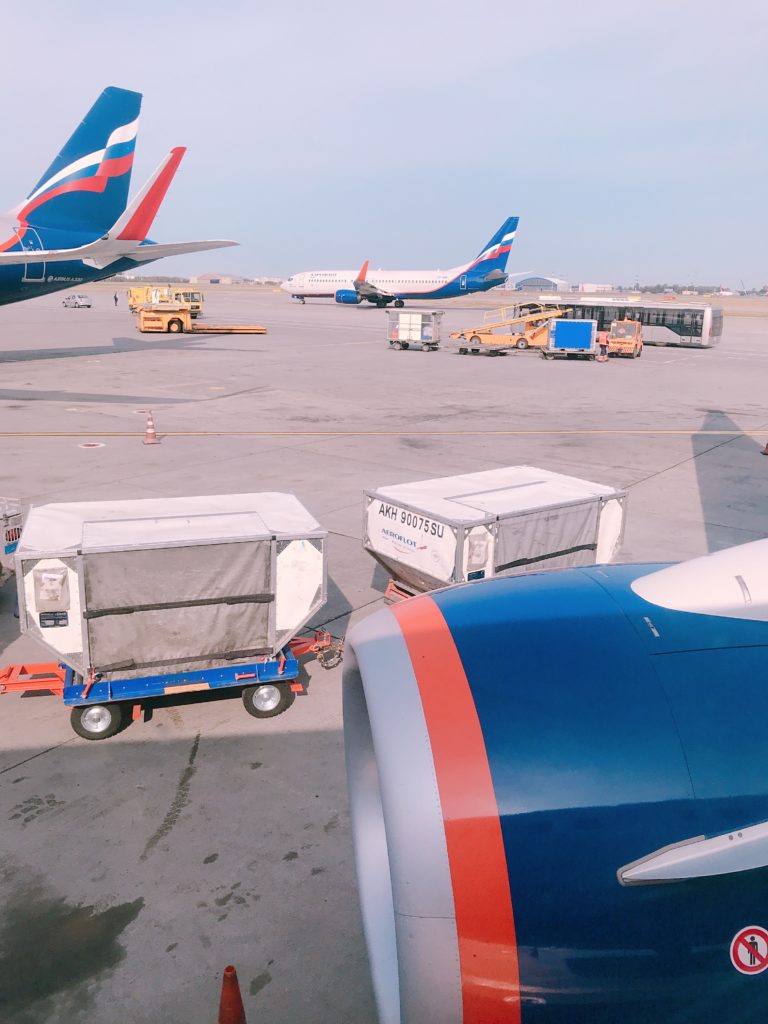 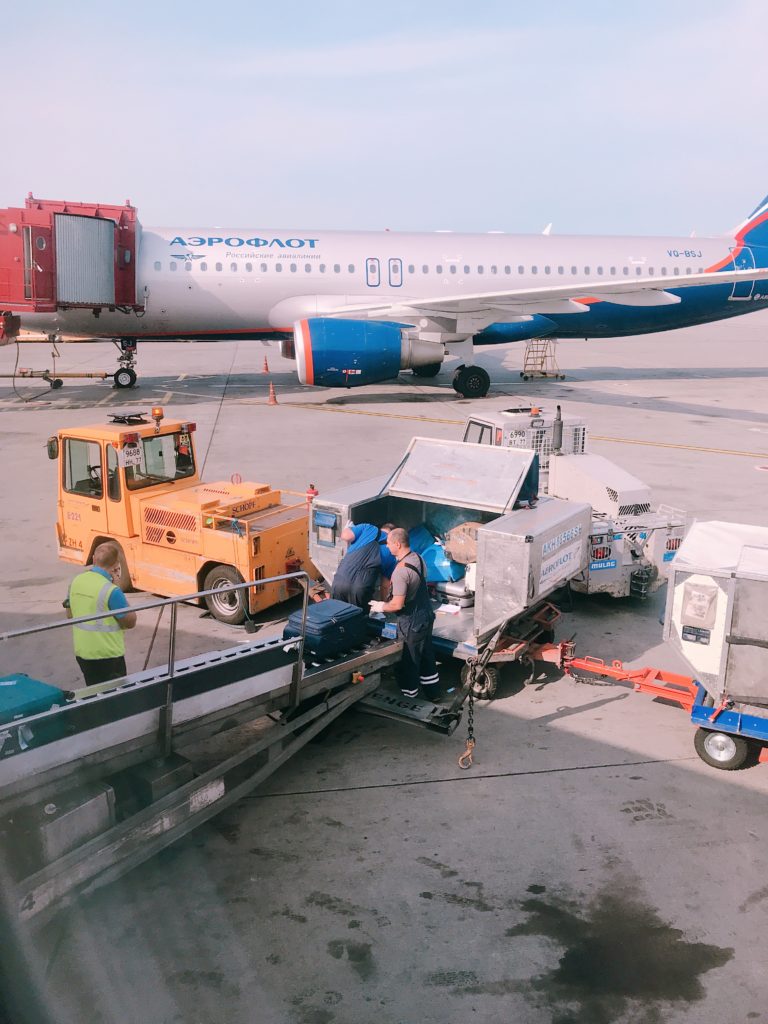 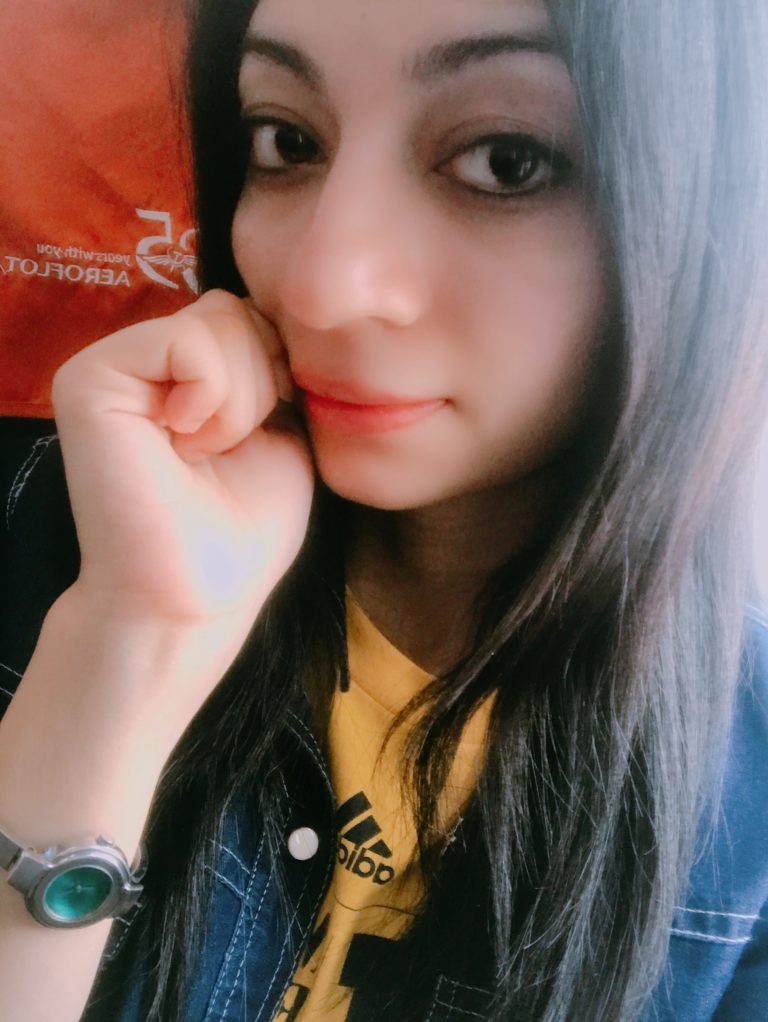 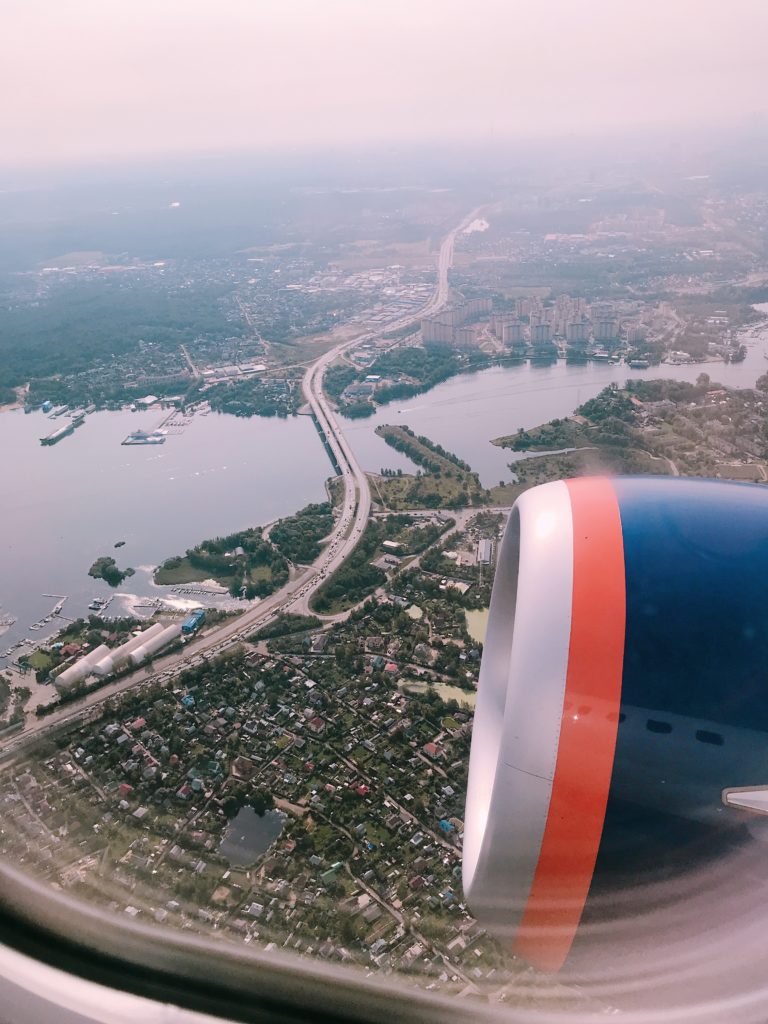 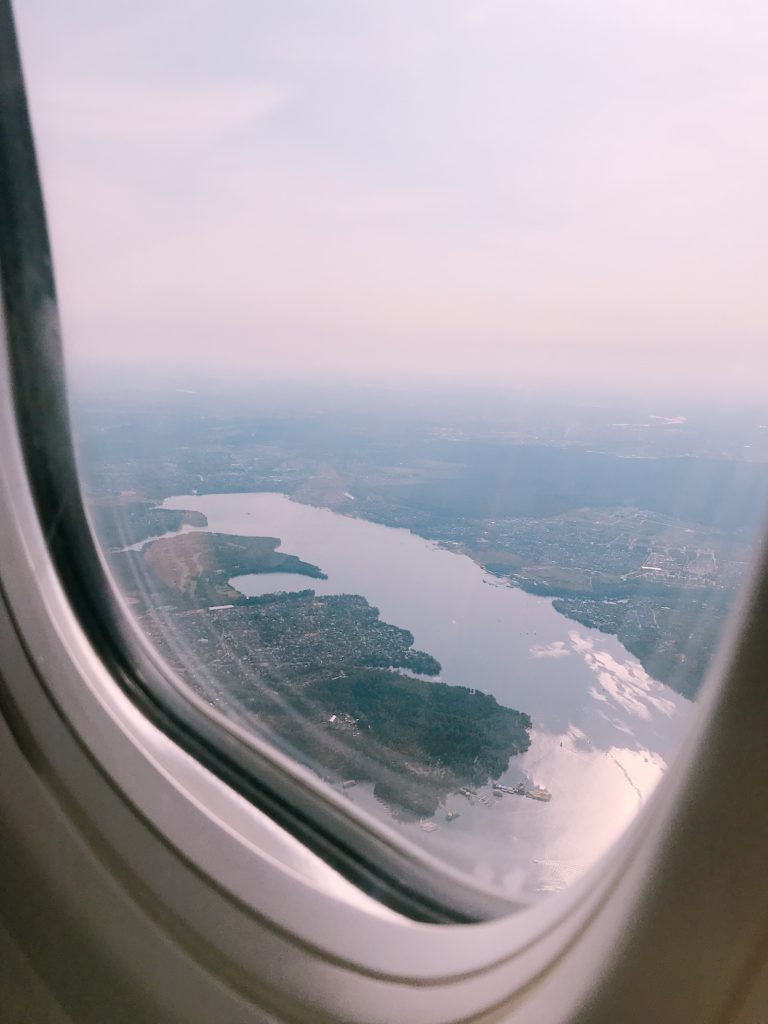 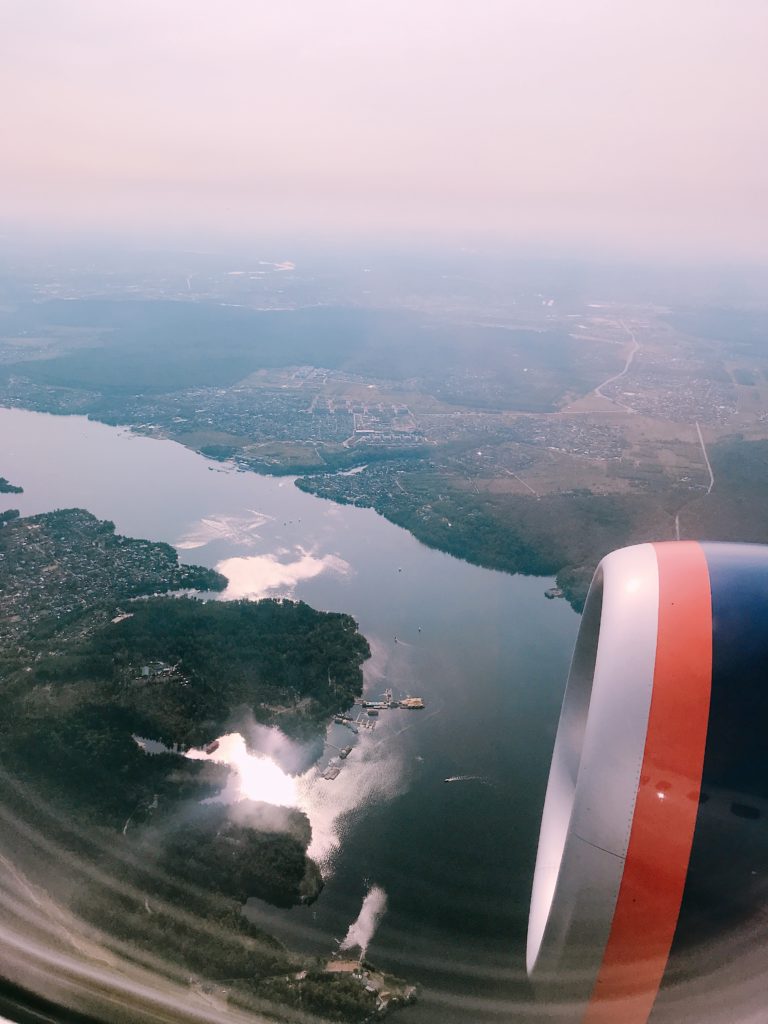 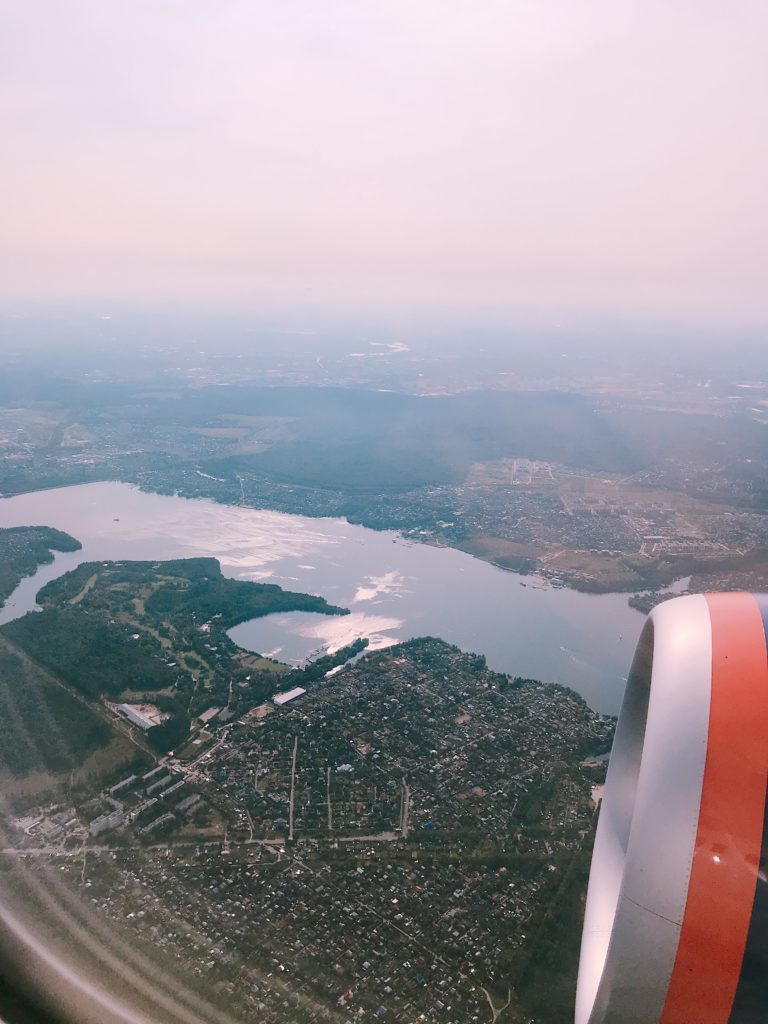 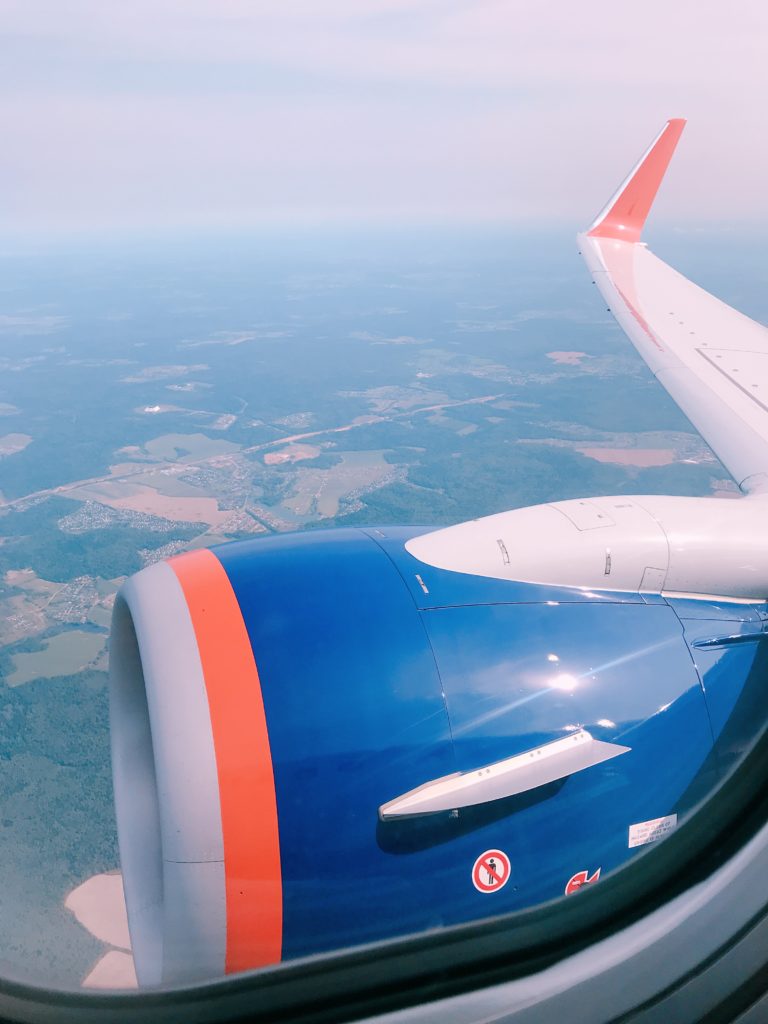 Generally, the flights are full. You can even book a week in advance from your date of departure, prices will not spike! My guarantee! I used MakeMyTrip while booking all my outbound return flights to date. It gives you good discount offers in tie-ups with several banks (local). If you want to re-book your flight or if your flight has been canceled due to some reason, MakeMyTrip helps you re-book for another day free of charge! It happened to me twice, and I had no trouble rebooking it! So, let me show you how I had a comfortable ride!

What is the Kremlin? You might wonder. Well, the Kremlin is a strong fortress and home to the parliament/government area of the Russian Government. Earlier, it was the headquarters of the famous former Russian Intelligence, KGB, now it holds turf for the Russian Defense. It is the headquarters of the Russian Army, Navy & FSB. The Kremlin is located in Red Square. It is situated at the center of Moscow overlooking the Moskva River (to the south), Saint Basil’s Cathedral (famous hotspot to the east) & Red Square (the famous square) to the East & Alexander Gardens (to the west). It is a popular tourist place now. The Kremlin & the Red Square is a UNESCO WORLD HERITAGE SITE!

Within the Kremlin in the Red Fortified Square (i.e. Red Square), you will find the above building, which is the Grand Kremlin Palace. Earlier, it was the residence of the Former Tsar & now the official residence of President Vladamir Putin. What a stunning beauty! Earlier, the domes of the Royal Palace used to sport a Hammer and a Sickle insignia during USSR times. However, post disintegration of the USSR and the birth of the Russian Federation, it was replaced by Huge Red Stars (you can see on the Spasskaya Tower & other such towers within the Kremlin) Green and Gold and Offwhite colors complement the architectural style! You can think of it as a White House of America!

What is Red Square? How did Red Square get its name? Why is Red Square famous? The Red Square (a red fortress surrounding the Kremlin Area with the St. Basil’s Cathedral to the left and Spasskaya Tower to your right, as you can see in the above photo) got its name from the Russian meaning of the word ‘RED’. It means ‘Beautiful’. All major squares in Russian cities are known as Red Squares. The Red Square is known for its Kremlins (or Citadels). Behind the red square, there is a shopping mall. The mall itself is three stories, but really beautiful. It has exotic trees of a variety of colors inside. Now, let’s visit the Saint Basil’s Cathedral ~ a visitor’s delight! You can see me in a similar photo (like above) in the carousel at the end of this post! Spot me!

Saint Basil Cathedral or “Cathedral of Vasily the Blessed” is a Christian Church (following the Russian Orthodox System) located in the heart of the red square. It is symbolized as the major landmark of the Russian Country! You know you are in Moscow when you spot the Cathedral! It is now a museum. When I had visited, the museum was closed due to the celebration of their national day, where the red square was blocked to accommodate the Victory Parade! Isn’t it beautiful? The art in its design is spectacular!

The Savior Church is located in the Eastern Part of the Kremlin, overlooking Red Square. This tower acted as the main gate/main entry point into the red square. In early Tsar times, individuals passing through the gates had to remove their gear that they were wearing on the heads and cross themselves and then climb down on their horses. This tower was a miracle tower for the Russians. As per Russian lore, this Savior tower possessed miraculous powers to protect the Kremlin against foreign invasions of any kind. If you were a citizen of Tsar Russia, while passing through the gates, you would have to take your hat (or any cap) you were wearing and dismount your horse and cross yourself in respect. As per a legend, Napolean hadn’t followed such practice and immediately, his hat fell from his head down to the ground.

Moscow in Pictures of 21st Century

Do check the above carousel of photos.

Swipe left and you will see what Moscow has to offer!